I went shoe shopping with my 3 and a half year old son last week.  In an attempt to let him practice some autonomy, I let him pick out his shoes.

He quickly bypassed Batman, Lightning McQueen, and all other "boy" shoes because his eyes were caught by a pair of pink sparkly shoes, decorated with the faces of the the queen and princess from Frozen.  My son LOVES Frozen (and even that is an understatement), so of course he would LOVE those shoes.  He shouted "Anna! Elsa!" and then grabbed the box and held it to his chest.

I really didn't hesitate.  I asked him simply, "Are you going to wear those shoes?"  He responded with a resounding, "Yes!"  (Plus they were on sale, so that was great.)

For the record, my boy has never liked shoes that much, he wears them out of necessity, but he's never had a fondness for footwear in general.  These shoes, though, he was practically begging to wear out of the store.

He and I made our way to the cashier and he just kept babbling about Anna and Elsa.  I was actually pretty proud of the whole shopping trip in general - he had listened well, held my hand the whole time, was engaging in conversation, and was really happy - so I was happy.

I was happy to pay for the new shoes.

I was happy to let him hold his shoes all the way home (we didn't put them on in the store).

I was happy when he asked to hear his songs in the car - U2's album, Songs of Innocence.

I was happy...until I thought about how pink those shoes were.  Really pink.  And really sparkly.

As we drove home, my heart went from joyful over the whole positive shopping experience, to just plain fearful.  Those shoes in a matter of 20 minutes went from being a great chance for my son to make his own choices, to everything that I will not be able to protect my son from - teasing, mean people, accidents - all of it.

However, I know that my son is strong.  I know most parents say this about their children, but my child has been through more in his short little life than anyone should ever have to...and he not only fought through and survived, he came through it being compassionate and sensitive, loving and willing to be loved.  This says a lot about the strength I know he has to stand up to the mean and misguided people he will encounter.  It also helps me to know that he will be ok.

For now, he has been joyfully showing off his shoes to almost everyone and he hasn't heard the negative comments or seemed to have noticed the snickering as much as I have.  For now, we will celebrate the fact that he loves (LOVES) his new shoes despite what others may think.  For now, and for always, I will love my son and will do my best to be supportive...for all of the "new shoes" that we encounter in the future. 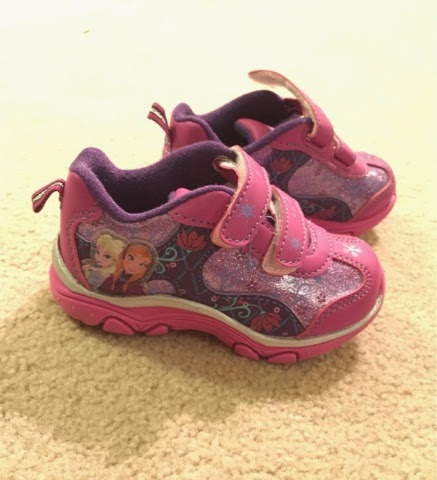 Posted by naomi sease carriker at 8:37 AM